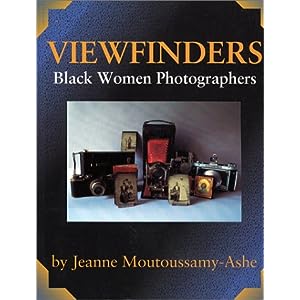 Epicness. Taps you right in the chest. Speaks volumes to your eyes. These are just a couple of phrases that come to mind when you view the images of Jeanne Moutoussamy-Ashe.

Moutoussamy-Ashe has done what few others have been able to do – be a woman of color photographer in a male dominated industry who has not only attained worldwide acclaim, but also stayed true to her unique culture, story, and style. Some would classify her as a documentary photographer, while others would say she “shoots it all.” Regardless of how you classify her, the power of what she captures is unforgettable.

Photographer Jeanne Moutoussamy-Ashe was born on July 9, 1951 in Chicago, Illinois. Art has been a life-long pursuit for Moutoussamy-Ashe. Her mother, Elizabeth Moutousammy, an interior designer and father, John Moutoussamy, an architect, encouraged her artistic side. Taking advantage of the opportunities available to them in Chicago, she began her formal training at age eight when her parents enrolled her in classes at the Art Institute of Chicago. When it was time for undergraduate studies, Moutoussamy-Ashe moved east to New York and received a B.F.A. degree in photography from The Cooper Union School of Art. After graduating in 1975, she worked as a graphic artist and photojournalist for WNBC-TV. In October 1976, Moutoussamy-Ashe was hired to take photographs at the United Negro College Fund tennis event, where she met tennis great, Arthur Ashe. The two married on February 20, 1977. – From The History Makers website

In addition to having an amazing cadre of photographic works to her credit, Moutoussamy-Ashe has also published a number of books, notably Viewfinders: Black Women Photographers. Released in October 1993, Viewfinders features a collection of pictures taken by black female photographers from the mid-1800s to present. Moutoussamy-Ashe was way ahead of her time in when documenting a group of phenomenal women to which she is included as one of its pioneers nearly 20 years ago.

Jeanne Moutoussamy-Ashe has [also] published books including Daddy and Me that features her photographs of her late husband…and their daughter Camera. In 2001, she published her fourth book of photography titled The African Flower: The Singing of Angels.

In addition to her individual artistic pursuits, she has taught photography to both high school and college students, and she has been a guest lecturer at many educational and cultural institutions. She has also been involved in many philanthropic endeavors involving social, health, and community issues. She is the director of the Arthur Ashe Endowment of the Defeat of AIDS, has been a former trustee for Cooper Union, and was a presidential appointee to be an Alternate Representative of the U.S. to the United Nations. – From the U.S. Department of State, Art in Embassies website

Despite personal hardship, Moutoussamy-Ashe has been able to carve out her own space in photographic history. She still exhibits and speaks internationally about her work. For more information on her upcoming engagements and her portfolio, please visit her website.